HomeStoriesPlayers Flying Under the Radar

Players Flying Under the Radar

2021 – what a season! There were upsets, rising stars, and players who continue to play in top form. However, with so many games, so many teams, and even more players, it can be very easy to miss some players who had stellar seasons but flew under the radar for the most part. With that in mind, the following sections will look into a few players who somehow slipped through the web of media attention largely unnoticed, despite having solid seasons. Make sure to keep an eye on these guys heading into the next season!

First up on this list is Steven Matz. Despite receiving very little attention, the lefty put up the best numbers of his career this season, and established himself as a vital piece in a rotation that was in desperate need of every inning they could get. The Blue Jays pitcher boasted an impressive 144 strikeouts in just over 150 innings, and with a 3.82 ERA and a 1.33 WHIP, the main question becomes can Matz improve on these numbers next season and cement himself as a top pitcher in the league.

Garret Whitlock slid under the radar this season as a relatively un-talked about rookie of the year candidate. Despite being new to the league, Whitlock quickly became a key bullpen pitcher for a team that seriously struggled with getting outs last season. His stat sheet speaks for itself, with an ERA of 1.96, an outstanding 81 strikeouts in only 73 innings played, and a 1.10 WHIP. The Red Sox pitcher also posted good postseason numbers, although his team unfortunately did not make it very far this year. Regardless, Whitlock is definitely someone worth keeping an eye on for next season.

As the first shortstop on this list, Nicky Lopez had a pretty solid season offensively. Despite having a low number of home runs, his on base percentage was an impressive .365 for the season. Lopez also put up a very solid .744 OPS for the season, which was quite a bit higher than his career average of .662. Not only that, but the shortstop proved himself to be extremely successful on the defensive end for the Royals, posting a fielding percentage of .987.

As the second and only other shortstop on this list, Xander Bogaerts is certainly worthy of mention as the season comes to a close. The Red Sox man put up a .370 OBP and a .863 OPS on the season, outstanding numbers for someone so relatively unnoticed. Bogaerts also showed out in the postseason, posting an average OBP of .333, a .833 OPS and 3 homeruns in only 12 hits. Despite the team’s lack of success this postseason, with players like Bogaerts and Whitlock (mentioned above), they might just be a team worthy of attention next season.

As a former number 1 pick, you expect Bryce to put up big, and he followed through this season with an astonishing .429 OBP and a OPS of 1.044 with 35 home runs in 151 hits. Despite these impressive numbers, Harper received fairly low media attention behind some younger, newer players, and with no playoff run for the Phillies, he was quickly forgotten once the postseason got going. However, you would be smart to keep your eye on him moving into next season.

Nestor Cortes’ mustache isn’t the only impressive thing about him this season. The left-handed pitcher boasted a 2.9 ERA and 103 strikeouts in only 93 innings. On top of that, he also only allowed an impressive 1.08 WHIP this season, putting him fairly high up on the season’s player rankings. Although the Yankees did not make it into the playoffs, like so many players on this list, Cortez is definitely worth watching next season.

A’s fans had the pleasure of enjoying the Tony Kemp show all season, but the rest of the baseball world was oddly quiet regarding the second baseman. Kemp has an impressive season OBP of .382 and a batting average of .279. He also hit eight of his 23 career home runs this season alone, and has a .988 fielding percentage as a second baseman. It will be interesting to see if Kemp can improve further next year and propel the A’s into a successful season.

For whatever reason, it seems like the entirety of the Seattle Mariners team has been sliding under the radar this season, and Ty France is no exception to this rule. The first and second baseman put up some numbers this season, with a .368 OBP and a .812 OPS, improving on his career stats in every category. France also managed to hit 18 of his 29 career home runs this season, which bodes well for the coming season.

This year in baseball was truly an exciting one to watch, and it was very easy to completely miss these eight player’s standout seasons, which is why this piece exists. There were of course many more players who had strong seasons in Major League Baseball, but frankly to go over everyone would take too long, so we hope you enjoyed our shortlist of some incredible players who deserved more attention than they were given. Who were some of your favorite players this season? Hit us up on Twitter and Instagram to talk about it! 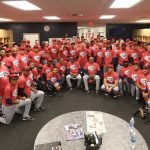 Players Flying Under the Radar 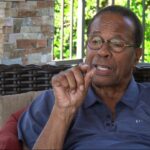 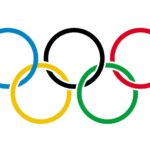 Baseball In The Olympics: Tokyo 2020 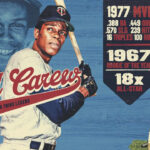 The best of Twins legend Rod Carew on Twitter

Very grateful to be a part of the @MLB Legends Vot

Head over to rodcarew.com and check out our exclus

Now that the season is over, we have some thoughts

As a Veteran myself, I am so very grateful for the

Wow, we're sold out of the signed baseballs thanks

What a series! Congratulations to the @braves for

Such an honor to be among this amazing group! #fla

Get exclusive memorabilia, including limited editi